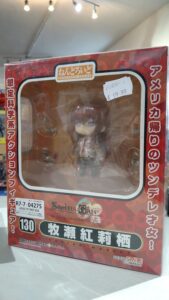 The third release of the tsundere genius from Steins;Gate!

The ‘hypothetical science adventure’ game Steins;Gate has just recently had a sequel and movie version released, and now Nendoroid Kurisu Makise is being rereleased too!

You can recreate a number of the poses from the game by using the included upset and embarrassed expressions. A few items from the game such as the documents in a paper folder, and her cell phone are also included as optional parts. Enjoy recreating the suspenseful atmosphere of Steins;Gate in Nendoroid scale!

Be the first to review “Nendoroid Kurisu Makise 130” Cancel reply 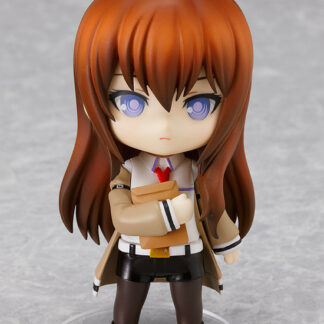