One, two, Freddy’s coming for you! Cryptozoic’s terrifying Freddy Krueger vinyl figure takes him out of the A Nightmare on Elm Street film series and puts him right into your collection. The first in the new horror-inspired Vinyl Terrorz line, it features the character’s trademark gruesome face, fedora, and clawed glove. The 7″ tall figure proves that after decades on the big screen, Freddy is still the stuff of nightmares. 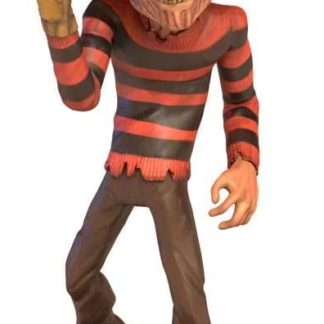