Brainstorm is always full of ideas, often explaining a new one before finishing his old one. He and his binary-bonded Headmaster partner, Arcana, combined their expertise in medicine and biomechanical engineering to develop the technology that created the Headmasters.

Clip out and save the on-box tech specs to share. Look for other Retro Headmaster figures and see how your figures stack up against each other (each sold separately, subject to availability). 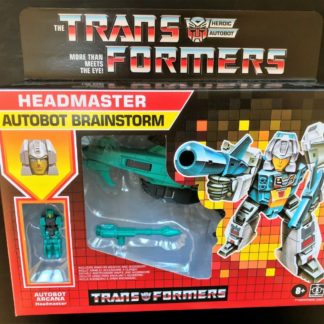